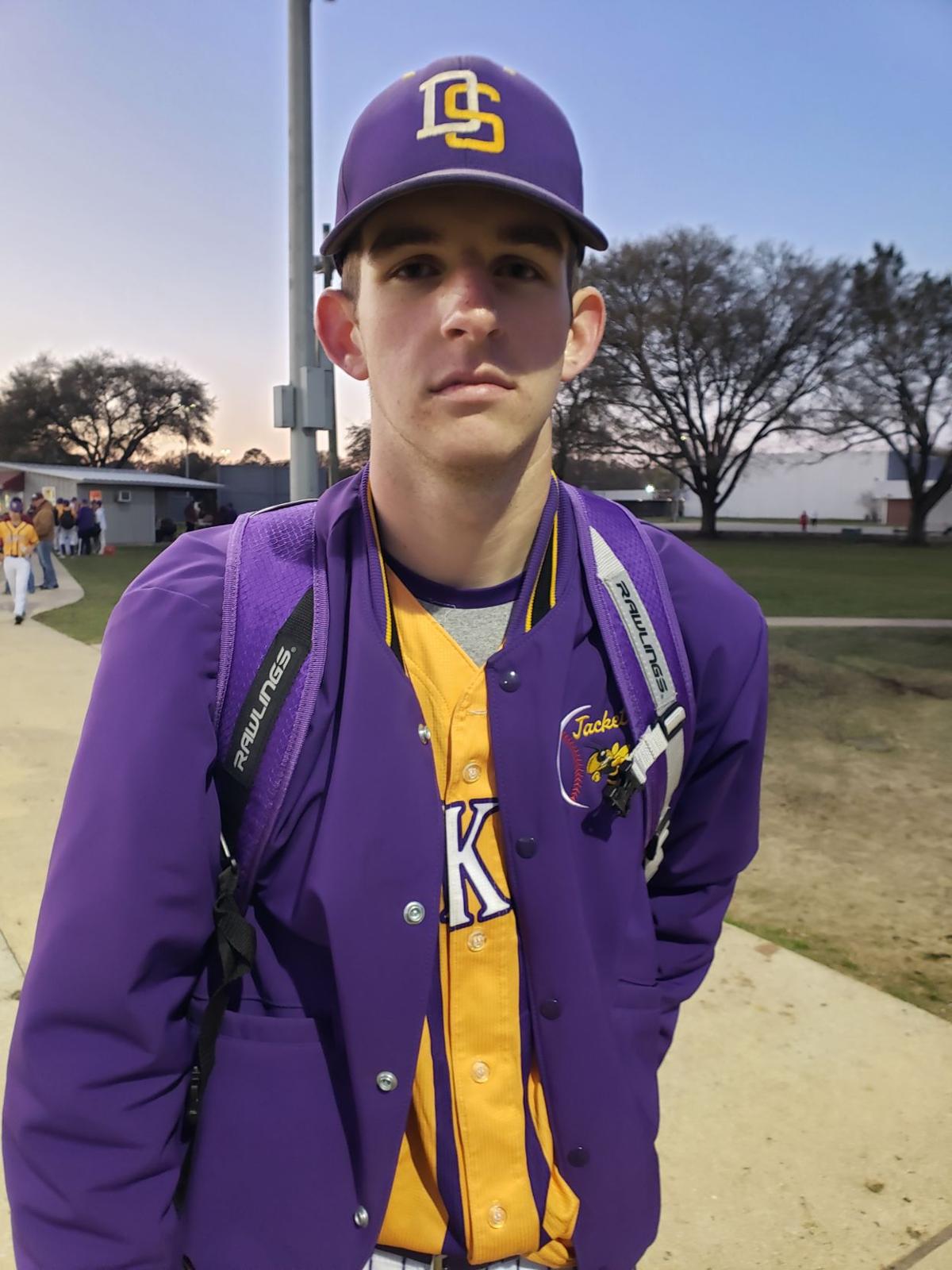 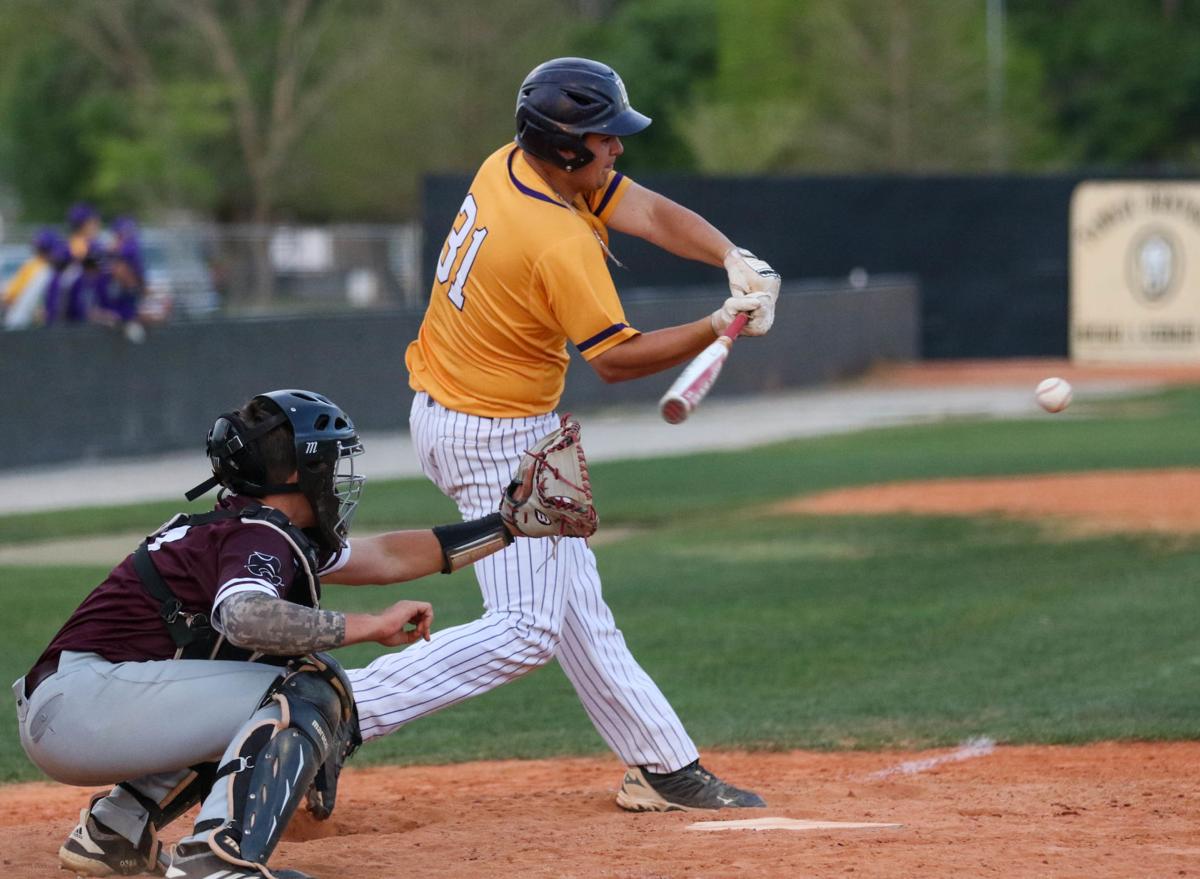 Brennan Hall (31) of Denham Springs High went 2-for-2 and drove in a run in Thursday's 8-0 win over Ponchatoula.

Brennan Hall (31) of Denham Springs High went 2-for-2 and drove in a run in Thursday's 8-0 win over Ponchatoula.

CENTRAL – Denham Springs pitcher Hayden Sills was able to test himself early and his surgically repaired shoulder over his five-inning stint.

Sills, who underwent posterior labrum surgery in his right shoulder last season, walked the first two Ponchatoula batters he faced in his first start of the season Thursday at Central High as part of the Excel Construction/Live Oak baseball tournament.

Sills worked himself out of the potential jam, getting a fly out to center, picked a runner off first and finished the first inning with a swinging strikeout that not only sent a jolt of energy through his body, but his team as well.

“I was very amped up,” Sills said. “You could probably tell in the first inning I was a little nervous with the walks. I settled down and had a good outing, so I was very pleased. It (pick off) was a big relief and a huge break that inning and allowed me to go out of the windup.”

Denham Springs (2-0) responded with a run in the bottom half of the inning and batted around and scored seven times in the fourth inning en route to an 8-0 victory over Ponchatoula.

The Yellow Jackets continue tournament action Friday against Loreauville at 4 p.m. at Live Oak High and depending on field conditions Saturday at North Park will face West Ouachita at 11 a.m. and Lafayette High at 4 p.m.

“His confidence is going to grow every time he throws,” Denham Springs coach Mark Carroll said of Sills, who was limited to 60 pitches. “Anytime you have an injury like that it takes time to realize that you can go out and get after it now. That’s what he’s doing right now.”

Sills took a no-hitter into his fifth and final inning where he allowed a two-out double off the wall in center to Elija Winters. He then moved to third on an errant pickoff attempt, but Sills got a groundball that shortstop Reese Smith threw over to Brennan Hall at first base for the final out.

Sills, who threw an inning to close out Monday’s 4-3 win over Hahnville, struck out six and walked three. Larson Fabre pitched two innings of scoreless relief, yielding a pair of hits and maintained the team’s shutout by stranding a runner at third with an unassisted groundout to Hall to end the game.

“There’s been no setbacks, just 10 ½ months of constant progression,” Sills said of his rehabilitation process. “Being it was the first game out, the confidence goes way up, especially to come out after surgery in the second outing and have success like that.”

Denham Springs finished with eight hits with Hall (2-for-2) the only player with multiple hits and right fielder Hayden Horne singled and successfully reached base three times with a pair of walks.

The Yellow Jackets took a 1-0 lead when Gabe Spedale walked, took second on a wild pitch and scored on Dalton Diez’s double to right-center that was just out of reach of a diving right fielder.

“We wanted to put a little pressure on and make them play some defense and we got some big hits to follow,” Carroll said.

Noah Juan and Hall both singled against losing pitcher Creed Donaldson, and Smith followed with a sacrifice bunt that sent Hall moving to second base. When the third baseman threw away Smith’s bunt, Juan and Smith both scored when the ball got into foul territory down the right field line.

Designated hitter Bill Clement drove in a run with a ground out to second when Denham Springs loaded the bases on a walk to Horne and consecutive singles from Tanner Zeppuhar and Cade Cole.

Ponchatoula brought in left-handed reliever T.J. Sophser who was greeted by a two-run single from Spedale that was just out of the reach of a diving second baseman that made it 6-0.

Cole stole third base and scored on the catcher’s throwing error and Hall smoked a single to left that scored Spedale.

“Every card we played that inning just about worked out right,” Carroll said of his team’s big fourth inning. “When you make them a make mistake and give you a free runner or two, and then get a base hit, you have the big innings like that. The kids did a good job of having the quality at bats.”