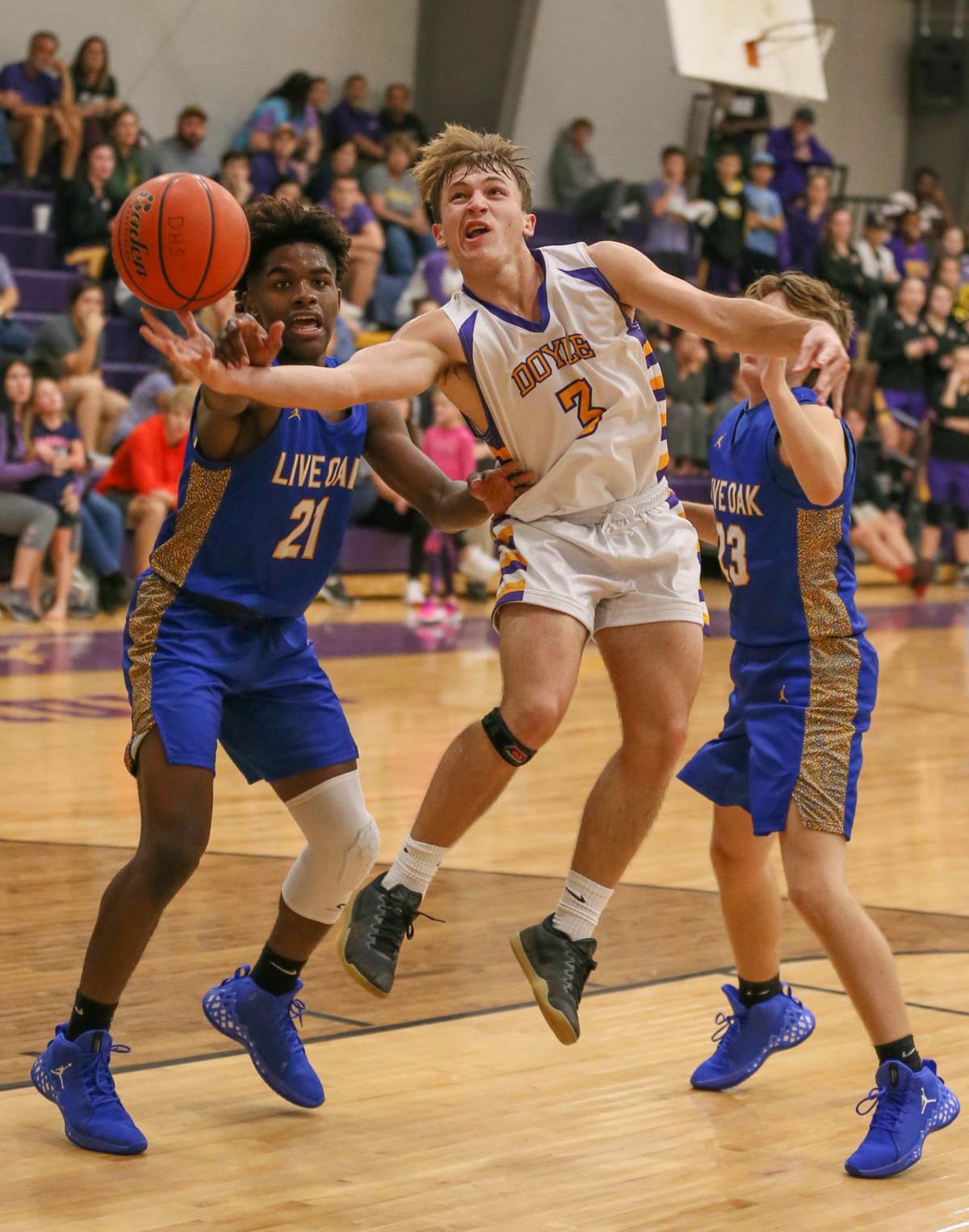 Doyle High's Braden Keen (3) drives to the basket but is fouled by Live Oak's Ahmad Pink (21) earlier this season. 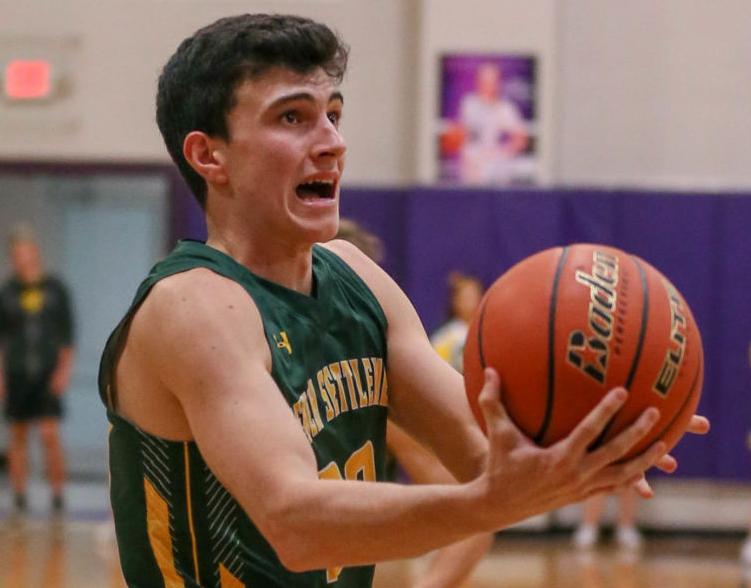 French Settlement's Jonas LeBourgeois (20) goes up for a layup earlier this season.

Doyle High's Braden Keen (3) drives to the basket but is fouled by Live Oak's Ahmad Pink (21) earlier this season.

French Settlement's Jonas LeBourgeois (20) goes up for a layup earlier this season.

LIVINGSTON – If facing Doyle on the road weren’t enough, French Settlement also had to contend with an illness that sidelined a portion of the Lions’ team on Tuesday.

The result was a 64-30 win for the Tigers in which none of French Settlement’s starters finished the game while all battling illness.

If there’s a positive, both teams got a chance to play some younger players in the second half.

“Both of us were wanting both teams to be healthy and be a really competitive game because you’re getting close to the playoffs and you really want to play in those type of games,” Doyle coach Daniel Kennedy said. “It doesn’t matter win or lose, you want to play in a highly contested game that will be back and forth, but unfortunately with their sickness, it wasn’t able to happen. The positive is you get to play some other guys for both teams and kind of get the morale up. Some guys that normally get some minutes got to get in, so there is some positive in it.”

“I don’t ever like losing,” FSHS coach Jake Bourgeois said after his team dropped to 16-13 overall and 4-5 in District 10-2A play. “None of my boys do either, but it’s one of those ones where what can you do? Their health comes first. That’s always going to be my priority. I don’t want anybody on the floor getting super sick and collapsing because of dehydration or anything. That’s always my No. 1 priority is their health and well-being first and then basketball comes second, but it was nice being able to get some of my younger guys in there.”

Doyle (22-5, 8-1) led 10-5 at the end of the first quarter and slowly pulled away in the second quarter as Andrew Yuratich (8 points), Braden Keen (7 points) and John Barrios (6 points) shouldered the scoring load for the Tigers.

“I thought we were very stagnant on offense – didn’t cut very hard, didn’t cut with a purpose, kind of standing around watching the guy with the basketball,” Kennedy said of his team’s effort in the first quarter. “And when we didn’t shoot it well, we didn’t necessarily have bad shots, but we didn’t have great shots. We weren’t attacking the rim or playing inside-out basketball. It was just kind of standing around settling for this. Well, when those shots go in, you can kind of get away with that, but they weren’t.

“I thought in the second quarter, we kind of still played good defense, but I thought we were able to get out in transition maybe a little more and our offense moved a little quicker, got to the rim a few times and hit some shots, but once we were penetrating and kicking for better looks, we hit a couple outside shots.”

FSHS' Cedric Witkowski scored all seven of his points in the second quarter and Jonas LeBourgeois also had seven points, all in the first half.

Yuratich’s inside basket put Doyle ahead 33-14 at halftime.

“They haven’t touched a ball since our game (last) Friday,” Bourgeois said of his team. “They’ve been in bed for the last 48 hours not moving, so I knew our conditioning wasn’t going to be there, and Doyle’s a very, very good team. We had to bring our ‘A’ game anyway just to compete with them and play with them and have a chance to win, and whenever you’re down three varsity guys who get a ton of minutes … You could just tell we were mentally and physically exhausted by the end of the second quarter.”

Bourgeois opted to rest his starters after halftime.

“I just shut them down for the second half,” said Bourgeois, whose bench was reduced from 17 to 11 available. “They gave me everything they could in the first half. We weren’t there mentally or physically, and you could just tell that we weren’t ourselves, so I shut them down and figured we’d get ready for Friday.”

Barrios had a dunk to finish off a 12-point effort, putting the Tigers ahead 25-14 early in the third quarter

Cameron Romero scored seven points in the second half for the Lions, including a pair of 3-pointers, the second of which cut the lead to 44-22. But Keen scored four straight points, giving the Tigers a 48-22 lead going into the fourth quarter.

Yuratich and Keen each had 15 points to pace the Tigers.

Slade Lacey scored all eight of his points for Doyle in the final quarter, helping stretch the lead to 64-25 before FSHS’ Boston Balfantz hit a pair of free throws to cap the scoring.